We sell a full range of Century Batteries and stock the most common sizes to suit passenger vehicles, 4WDs and trucks. We can order any uncommon size batteries required.

Diagnosis – Why do batteries fail?

It is important that the reason for any battery failure is identified, as a battery replacement may only solve the symptom, NOT the problem.

“I drove home last night and it would not start this morning”, often indicates dirty terminals due to corrosion, or that some electrical power has been running overnight. Of course it can also mean a battery failure.
“The car cranked, but would not start” usually indicates a carburettor or ignition problem.
“My battery is using a lot of water” is an indication of a voltage regulator problem or old age of the battery.

A percentage of batteries, allegedly faulty, are merely “flat” or discharged so the battery (and sometimes the vehicle’s electrical system) needs to be checked.

Batteries often fail when least expected. The usual warning is a slower than normal bat ery ability to crank the engine but other less noticeable factors such as changed driving patterns (holidays), colder or hotter weather will all have an effect on the life of a battery. You are encouraged to ask Tyrepower Pinjarra for a ‘FREE Battery Test’. It could save you a lot of time in the future.

As batteries age they gradually lose their capacity as their function is performed. They constantly charge and discharge which eventually leads to failure.

Components corrode over time, electrical shorts occur in the battery, vibration causes damage that eventually causes failure. Overcharging and undercharging of a battery will also have a bearing on battery life.

Check electrolyte level – fluid below the tops of the separators indicates overcharging or poor maintenance. Overcharge condition may be due to incorrect voltage setting, low voltage caused by heat or internal defects, or old age deterioration. Is there electrolyte on top of the battery? This can indicate overcharging or over filling. Is the battery loose in the carrier? This can cause failure from vibration. Does the battery have signs of damage or mistreatment? This can also cause failures.

A flat battery should be checked with a Hydrometer. A low Specific Gravity reading of 1,220 or less in all cells indicates a discharged battery and must be changed before further examination and testing can occur. The discharged condition may be due to a problem in the electrical system (slipping alternator belt, faulty regulator or alternator, high resistance due to corrosion). Internal shorts may also be due to manufacturing defects, or shorts through the aging process or vibration damage.

The assessment of the age of the battery can be done by checking the sales code on the battery’s lid/terminals. Most batteries have a code, which uses a letter and a number.

For more information about batteries at Tyrepower Pinjarra, call us directly on (08) 9531 1802 or use the form to send us a message. 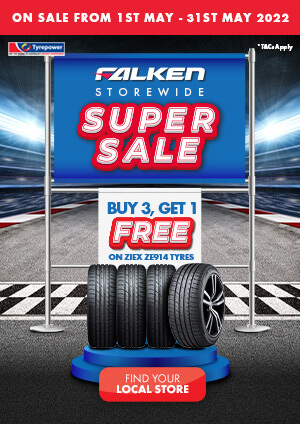